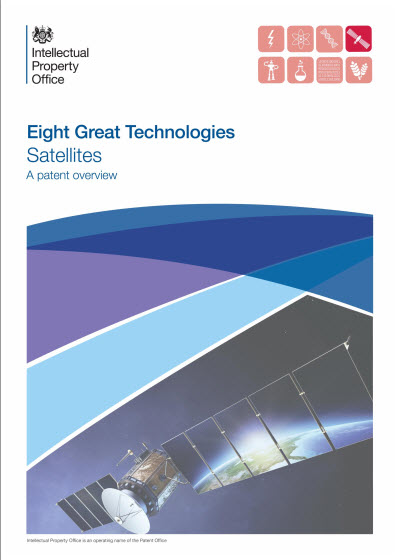 Tech Mining makes exploitation of text databases meaningful to those who can gain from derived knowledge about emerging technologies. It begins with the premise that we have the information, the tools to exploit it, and the need for the resulting knowledge.

The information provided puts new capabilities at the hands of technology managers. Using the material present, these managers can identify and access the most valuable technology information resources (publications, patents, etc.); search, retrieve, and clean the information on topics of interest; and lower the costs and enhance the benefits of competitive technological intelligence operations. 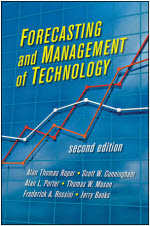 See the Table of Contents

Description:  Published in 1991, the first edition of Forecasting and Management of Technology was one of the leading handful of books to deal with the topic of forecasting of technology and technology management as this discipline was emerging. The new, revised edition of this book will build on this knowledge in the context of business organizations that now place a greater emphasis on technology to stay on the cutting edge of development. The scope of this edition has broadened to include management of technology content that is relevant to now to executives in organizations while updating and strengthening the technology forecasting and analysis content that the first edition is reputed for.

Updated by the original author team, plus new author Scott Cunningham, the book takes into account what the authors see as the innovations to technology management in the last 17 years: the Internet; the greater focus on group decision-making including process management and mechanism design; and desktop software that has transformed the analytical capabilities of technology managers. Included in this book will be 5 case studies from various industries that show how technology management is applied in the real world.

The Millenium Project provides a well-coordinated set of methods chapters on various aspects of futures research [https://themp.org/].  We have expanded our chapter on “TECH MINING of Science & Technology Information Resources for Future-oriented Technology Analyses” in March, 2015. The chapter overviews tech mining and spotlights three case analyses:

Our analysis shows that the degree to which a paper contains technologically emerging ideas is positively and strongly associated with its future citation impact in each of the three domains. An additional analysis demonstrates that this relationship holds for citations from other publications, both in the same field as, and in different fields from, the scientific domain of the focal publication. A series of tests for validation further support our argument that the greater the extent to which scientific knowledge (a paper) contains emerging ideas, the bigger its scientific impact. Implications for academic researchers, research policymakers, and firms are discussed.

"Tech mining is an essential tool for enabling open innovation," wrote Alan L. Porter in the Spring 2011 CIMS Technology Management Report.  He detailed in that article how Tech Mining can help managers in the biotech industry search research publications for answers to "who, what,when,and where?" questions.  Porter and his Search Technology, Inc, colleague Nils C. Newman cull the literature for examples of tech mining successes outside of strictly academic research.  They illustrate the progress being made in applying tech mining more broadly, and also point toward applying these capabilities to the identification of potential technology innovation pathways.

This section contains an archive of older Papers and Presentations.